I am using this video for introduction of Simple Machine in the PYP unit How the World Works.

In the beginning section, “provocation”, I make students be aware that, there are many tools and Simple Machine around their lives. Provocations are experiences I set-up in response to students’ interests and ideas.

Our current unit of inquiry, Tools and Machines make our lives easier. As a provocation at the start of the unit, I shared a video with my class. The story revolved around two caveman, one of whom was very smart (probably having lived in modern times), the other, less so.

During the story, the caveman who did not understand modern technology, was trying to make a fire, a wheel and learn to fly. He didn’t have much luck, but the smart caveman was very caring and always tried to help him so, he gave him modern technology.

My students felt real empathy towards the stone age caveman who kept making an effort, they also cared about him and wanted to help him.

Firstly, they went outside, to find the best rocks that they felt would be most effective in making fire. Some students chose smalls ones, some chose bigger rocks. They then built a cave and spent the next few days trying to make a fire. Afterwards they decided that the caveman might need other tools, to make his life better. They began measuring, cutting, and designing tools for him. Cutting out shapes, using rulers and tape measures to fit handles, and cut edges and points to make the best tools they could. Then they began to draw up step by step instructions to show the caveman how to use these tools. Constantly sharing their findings with the class, woking in small groups they made many interesting tools and machines.

These process involved symbolic learning, language and maths, as well as help them to understand the learner profiles.

All of this, came from one short story, and from the students interest in that story. 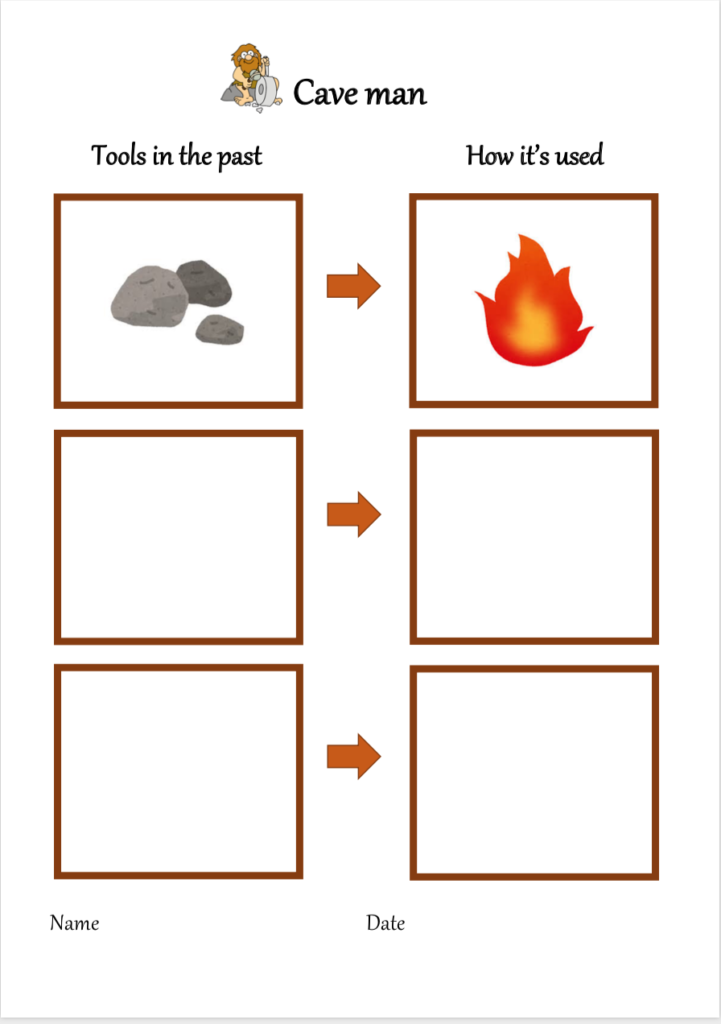