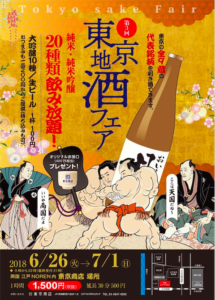 You can enjoy sake in all nine breweries across Tokyo, – Ryogoku – Edo NOREN 1F “Tokyo Shouten”. It will be held for 6 days from 26th June to 1st July 2018.
In the last time held in March, 776 people attended for 5 days.

The background of “Tokyo Local Sake Fair”
Tokyo as a metropolitan city, symbolized by skyscrapers and advanced technology and culture. In here, there are firmly breathing “the skill of the crafts handed down from generation to generation”, “powerful and beautiful rich nature” and “the culture of the Edo passed down quietly”. The fair will be held with the hope that the customer enjoys and compares the taste sake of traditional Tokyo sake brewery casually and gets to know about Tokyo local sake.

Taste freely representative brands of 9 breweries sake in Tokyo from the automatic tasting machine which is Kanto area only one.
All you can drink 20 kinds of Junmai / Junmai Gijo!
You can drink 10 kinds of Daiginjo and draft beer 100 yen per one cup.
The bites of Tokyo special products from 200 yen. E.g. Okutama pickled wasabi and Kokugikan Yakitori (Grilled Chicken Skewers).
You can also buy items which your favourite sake and bites.
It is available to bring your own bites.
Special present: Tokyo Shouten original Ochoko (equivalent to 400 yen).

JR “Ryogoku” station, the location is directly connected to the station

Pay at the store counter on the day

Especially None (Please wait when it is full)

Niida-Honke Brewery is over 300 years old, and has seen its share of change. Originally founded in 1711, it has seen eighteen generations of dedicated head brewers work to create their ideal sake, one that is healthy, sustainable and organic. Located only twenty minutes by car from Koriyama Station in Fukushima Prefecture the brewery is renowned for its delicious sake, having won several awards. But what makes Niida-Honke Brewery truly unique is their mission to create sustainable organic sake, “Shizenshu,” using only natural ingredients and a traditional brewing process.

In 2011 the brewery decided to take a step in a more sustainable direction by using only organically grown rice in the sake making process. In 2013 they decided to take their ideals a step further and stopped adding lactic acid during the brewing process, at the same time they began to use an entirely natural yeast starter. In 2014 they made another big leap and stopped using sediment removers, making them the first brewery to create a brand of sake from entirely organic ingredients.

These days the brewery grows and harvests its own rice, completely pesticide and chemical fertilizer free, using methods such as hand weeding and tadpole shrimp to maintain the rice paddies. All of the water used in their sake is natural spring or well water, which is collected from land owned by the brewery. This water is used in every step of the sake making process, from washing the rice to cleaning the tanks. The company also strives to reduce its environmental impact by cutting down on packaging, and reusing returnable bottles. 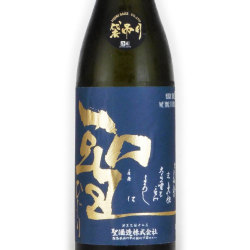 Located in the middle of Gunma, Hijiri is the sake brewery with a long history, which goes back to Edo era. Since 1841, we started to brew sake within the rich naturally blessed green environment. We use the underflow water runs through Josh Mount Akagi in southwest for brewing sake. For 7 generations, we have succeeded to pass our special skill and tradition contentiously for 170 years. 7th wearhouse man and a chief brewer, kensuke imai, had rewarded with 1st prize in national sake competition in 2014, 4 years after he promoted to a new chief brewer. 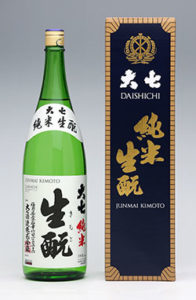 Established in 1752, Daishichi is based in Tohoku, northeast Japan. Daishichi makes rich, mellow sakes whose outstanding reputation comes from an insistence on a strictly orthodox brewing tradition: the kimoto method. All Daishichi products are superb examples of kimoto sake.

Above all else, they seek depth of flavour: sake that grows and matures over time, flowering into exceptional quality. They continue to cherish hand-crafted brewing techniques that combine the best of nature’s bounty with their own expertise and experience. 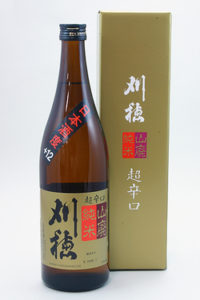 Akita Seishu Co. Ltd. makes and bottles nihonshu using Akita rice under the Dewatsuru, Kariho and Yamato Shizuku brands. The Akita Seishu Kariho brewery was founded in 1913 in Akita Prefecture. This area is located at the extreme northwest of Honshu island, a mountainous area with very cold winters, and heavy snowfall. Many beautiful rices exist here, and very pure water; making it the ideal environment for quality sake production.

The Kariho brand has a more mineral-heavy water source, creating a drink characterized by a drier, sharper taste, while elsewhere in the region water is rather soft. The top seller, the Kariho Daiginjo, has a lighter, clearer taste that’s reminiscent of the cold snap of Akita’s winter air.