You can taste Hakukou, Morikawa shuzo, from Hiroshima prefecture and Hiraizumi, Hiraizumi honpo from Akita prefecture. 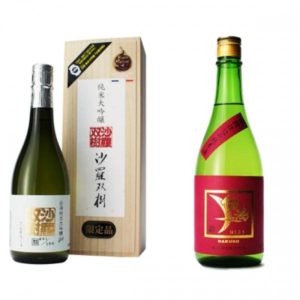 The brewery is located in western Japan at the southern portion of the Hiroshima prefecture, in a small town surrounded in nature; being a part of the Seto inner sea national park. Their brewery is located at the eastern side of the Noro Mountain [839m]. The Norogawa River flows nearby, and its clean waters and the clear air are representative of the beautiful surrounding environment.
Along with Nada and Fushimi, Hiroshima is known as one of the 3 greatest producers of sake, and has been known from long ago as a land suited for making sake. The traditional method of making sake in Hiroshima is the “Soft water brewing method”, a brewing method that fully utilizes the characteristics of the water quality in Hiroshima (generally soft water), and the quality of the sake is recognized throughout Japan.

The foundation of their brewery is in the quality water. The quality of water used is one of the most important factors in making sake. Their water has been commented on by professor Sasaki of the Hiroshima Kokusai Gakuin University, also known as the “Professor of water”: “This is a vary rare soft water which matches the definition of “Good water” given by the Ministry of Health, Labour and Welfare. The water quality is good for making not only tea, coffee, and cooking, but is also optimal for making soft water brewed sake.”.
The figures learned from analysis show that because of the very low mineral content, the yeast is easily starved of nutrients, and it is difficult to ferment into alcohol. It is said that the mineral content is the very minimum it can be to make alcohol with. Because of this, our brewery puts in a significant amount of effort in making a good koji (malted rice) to introduce the alcohol fermentation, and as a result, a flavorful sake is born.

To sum up the “Hakuko” in one phrase, it is “a sake that tastes soft and pleasant but is full of flavor”. It is a sake perfect for the dinner table. 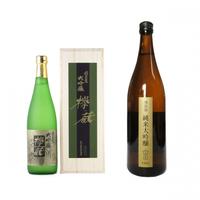 Brewery History and Background:
They are Akita’s oldest and even in Japan 3rd oldest brewery, having been founded in 1487 in the middle of the Muromachi era. Originally, the company was a wholesaler of goods sent by ship, with sake brewing just a side business. But in the early Meiji period, sake brewing became the main business. We have since then been staunchly brewing sake in the old yamahai-shikomi method. Our current brewery dates from 1883.

Origins of the name:
The name is a combination of the name of the business when we were a wholesaler, Izumiya, and the name of the immediate region, Hirasawa, and was shortened from “Hirasawa Izumi no Sake.” Also, there is the theory that a local painter sent our sake to Monk Ryokan of the Echigo region, calling it “jumping, good, white water,” and the name and characters are a play on that expression.